I have been a political cheerleader since high school. For the student council election students were divided into two parties. cheerleaders were chosen and each party got half the school band. I was head cheerleader and our purpose was to entertain students so they would listen to the candidates speeches.

In the early 80’s I made a joke getting ready to go to a rock show. I said I was going to start a Political Party… the Rock’n’Roll 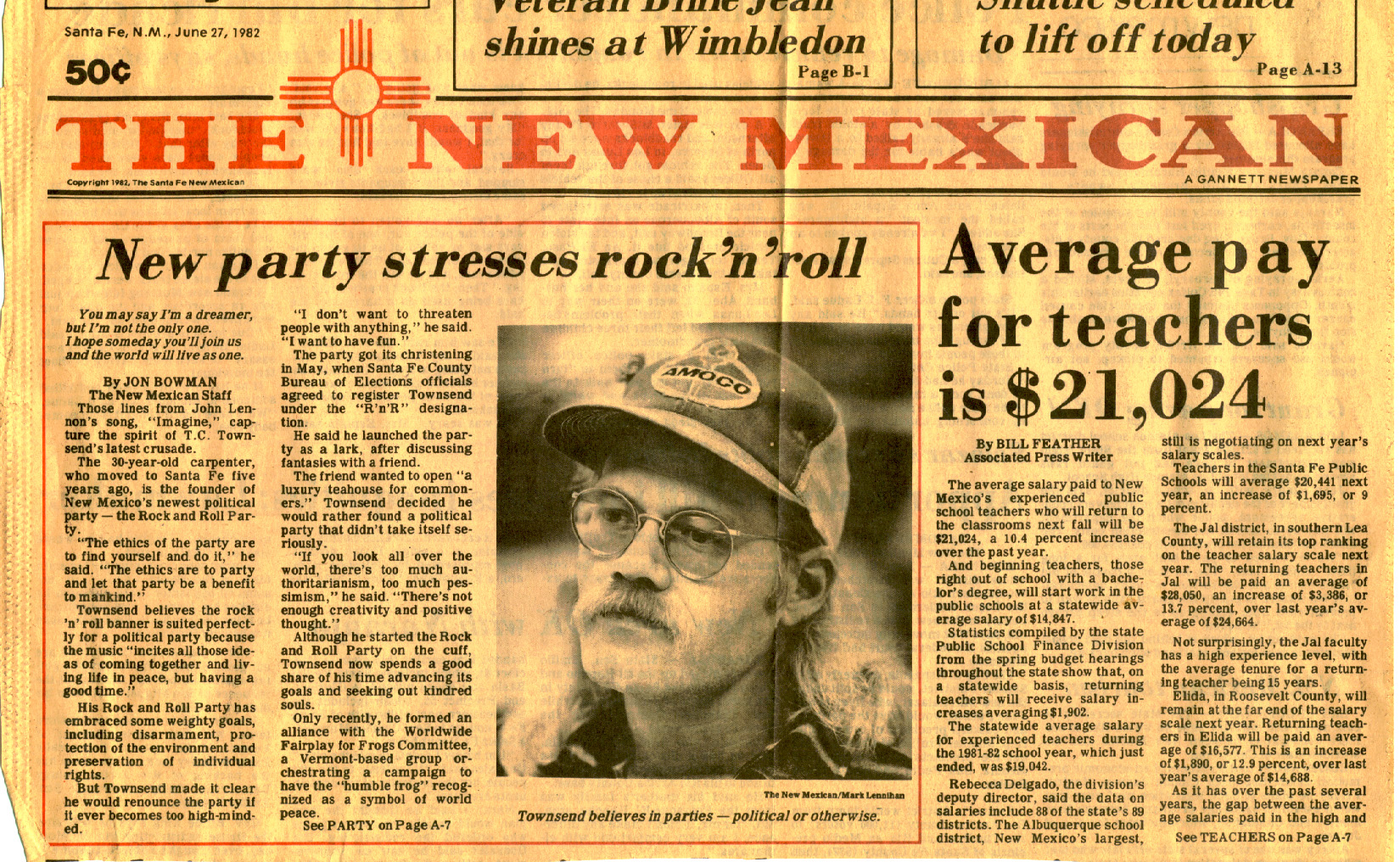 Party! Being a man of my word, I started the Rock’n’Roll Party. Complete with ‘Rules and Reggae’.

Campaigning was partying hard. It turns out nobody can have that much fun and survive.

So the next twenty five years consisted of 12 step recovery with personal therapy, followed by many years in a men’s group, with personal therapy. I worked and paid my bills while creating a shop where we recycled construction cut off and prefabbed specialty parts for new houses. I called it TC’s world of plenty.

In 2011 I was disabled and have been on resisted activity ever since. Still when Bernie Sanders ran for President I got on board. 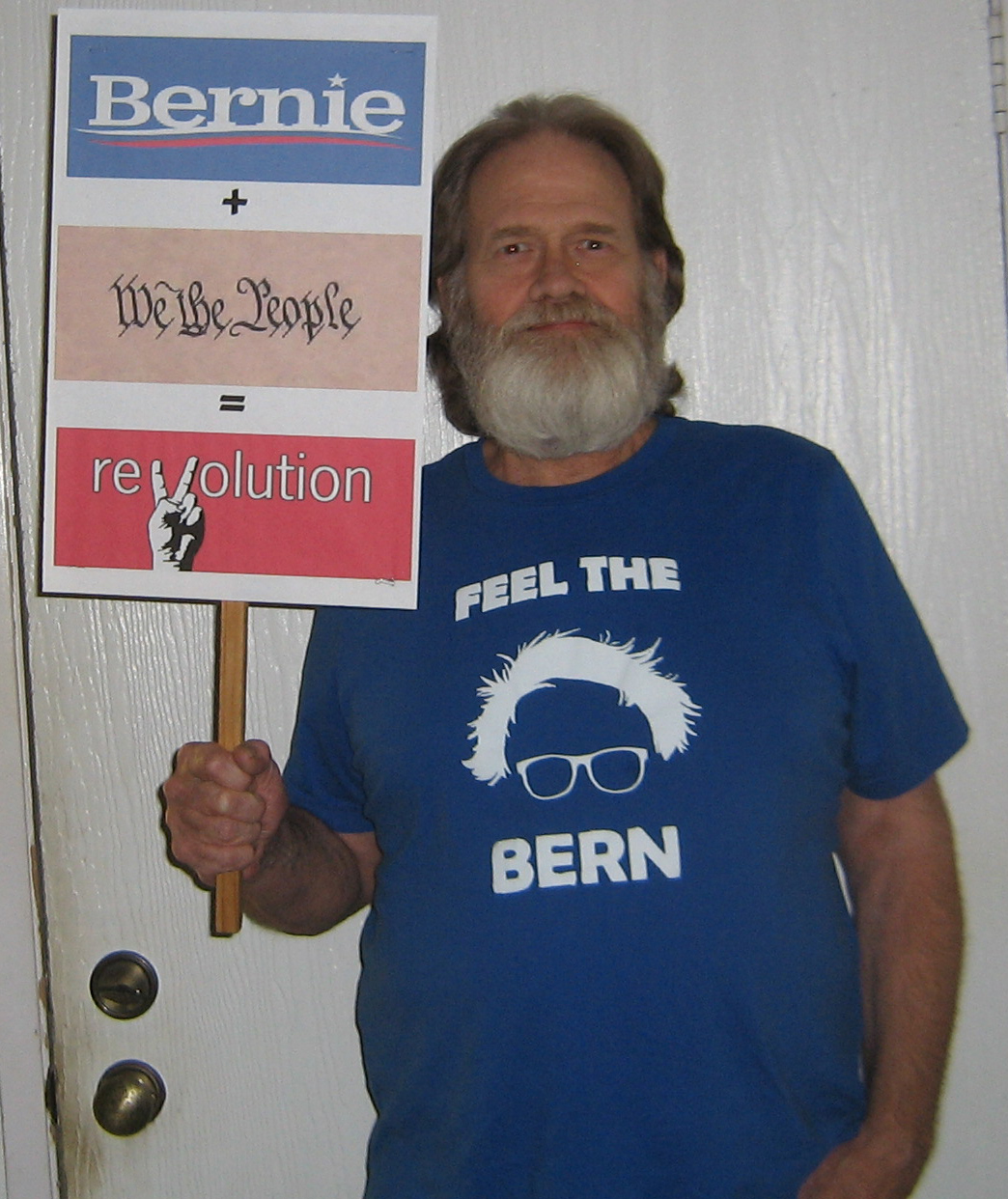 When Bernie was pushed out I still felt the bern. I felt like I was wasting my time posting on Facebook. What could I do to effect what is happening politically? I started thinking about reviving the Rock’n’Roll Party again, when I met a young man that wanted to start a political party, but didn’t know how. I told him about the Rock’n’Roll Party. We collaborated on a new name, New Progressive’s Party of America. Our purpose was to join all progressives together; left and right, both major parties, anybody with an open mind. It has been 6 months and we had 140 likes. I was posting on Facebook and feeling kinda useless… 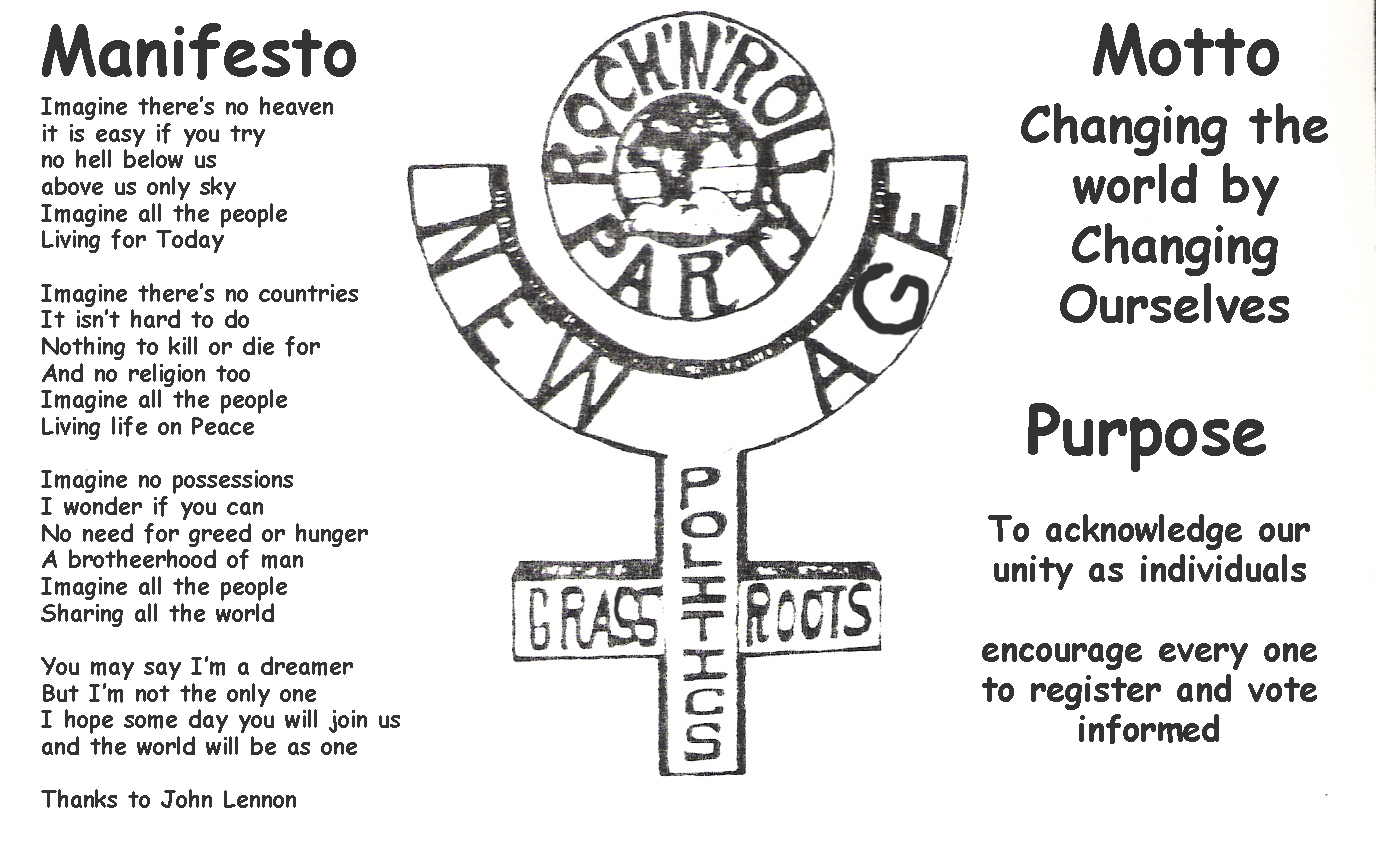 Until I listened to Nicole’s podcast on the Transition…

My life has turned around since I have been working on Your Action Plan! I have been wanting to make a difference in the world. The action plan gives me direction, purpose and helps me to learn, create and pass on support for the cultural and political transformation into the "New Paradigm". The site is filled with information. The staff has done an outstanding job… 900 pages and thousands of links. It takes a while, but now that i am learning my way around it is kinda fun.

I am working phase 2 but already ideas for the transformation of the New Progressive’s Party of America to “The People’s Transition Party”. I have posted a new intent for the party.

Our Statement of intent:

We are here to rally the people to the higher cause of parties. We have no top down structure. There is nothing to join. Like-minded people joined by ideals rather than structures; to become a study of how politics can evolve to involve and connect people at the grassroots level. A party of evolving social consciousness.

Our method will be to call out our brainwashing and offer alternatives and training to take us into the new Paradigm. A paradigm of social connection and enough through Natural Giving.

Working the action plan takes time and effort. But the rewards are great. I feel alive and on task. I am no longer caught up in the propaganda and spin of a political economic system that is failing. My focus is on what politics will be in the New Paradigm. And where will there be the place for a political clown, cheerleader and dreamer. How the party grows is unimportant. What matters NOW is I feel creative and I am having Fun. “I hope someday you will join us…”